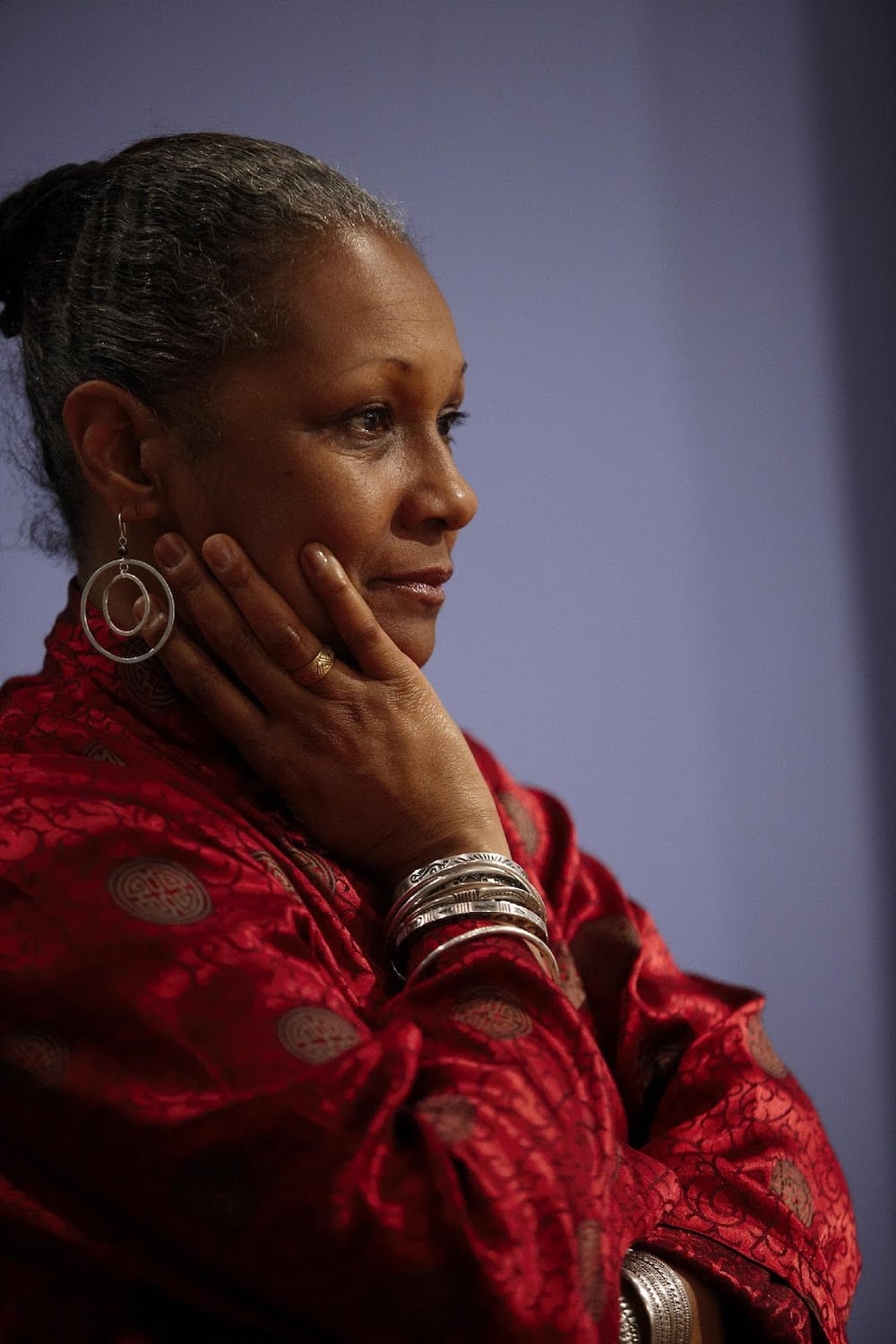 For over 30 years, Imani González’s diverse talents have led to collaborations with many national and international performers, musical ensembles, film and television projects. An artist educator, author, and professional jazz/world vocalist, Imani’s mission is to confer wisdom that flows from the heart as well as the mind through understanding other cultures and people in the language of sound and music. All of her work is designed to help nurture a new generation of creative thinkers and holistic community members.

Imani performs and conducts vocal workshops concentrating on traditional world music nationally, from the cultures of Asia, West and South Africa, South America and the Caribbean. She has conducted traditional World Music workshops for the National Geographic Society, the Smithsonian National Portrait Gallery, and offers exciting professional development workshops, residencies, classroom modeling, arts coaching for teachers, and school performances for communities at every level. She has performed traditional African music for the Smithsonian Institute, Smithsonian’s Folklife Festival, and the World Music Institute. Imani has taught in the DC Public School system and in private schools as a traditional world music teacher. She has been, since 2016, a grant recipient of the DC Commission on the Arts & Humanities. She has also served as Consultant for the PDAE Grant Committee of Jacksonville, Florida. Imani is a National Kennedy Center Teaching Artist, Consultant with Focus 5 Consulting Firm, as well as on the rosters with Washington Performing Arts (WPA) and Inspired Child (Dumbarton Arts Education).

Having received vocal training from New England Conservatory, Berklee School of Music and Howard University, Imani’s performances connect her passion for sharing world culture and her musical profession. She sings and plays percussion with her own world-beat jazz ensemble, with whom she debuted her 1997 CD entitled COLLAGE. In 2000 she developed and recorded her CD entitled BETWEEN HERE AND THERE. Her newly released CD is entitled CALLING YOU. As Susan K. Oetgen of the Latin American Folk Institute wrote, “She sings every song with her soul rooted firmly in it, and knows exactly what part of the journey it is.” Imani’s voice was most notably featured on the musical soundtrack of the Emmy nominated film Jane Goodall: My Life with Chimpanzees and on many of the National Geographic Television’s Explorer Series soundtracks.

For thirty-four years, she has held the distinction of being the first and only American who tours with the genuinely traditional Ghanaian ensemble ODADAA. She has had the honor of performing, touring, and recording with such renowned artists as Wynton Marsalis and the Jazz at Lincoln Center Orchestra for 8 consecutive years, Stephon Harris, Wycliffe Gordon, Hilton Ruiz, Robert Northern (Brother AH), and Djimo Kouyate. Imani has written two world music books for children entitled Dhimiki and Iyipo Ayé. Both publications include sing-along compact discs, which have received rave reviews from teachers, students, universities and libraries.

Ready to Reset, Refresh, and Renew?